In 1994, I had a few hours waiting at Nairobi Railway Station before getting on the train to Kampala. It was a fantastic journey at a very slow speed with the journey length extended by a 6 hour stop in Jinja waiting for a derailed goods train to be re-positioned on the rails in the section between Jinja and Kampala. My pictures were sadly not of the highest standard and I was having problems with my SLR camera by this time. The next two pictures prove that I was there but achieve little else! 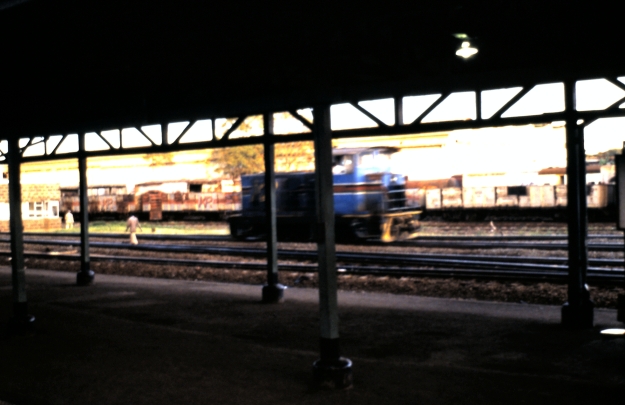 Later in my 1994 trip, I spent a day with a friend in Kibera Slum, again, the pictures are of a very low quality. One of the first places encountered by the railway west of Nairobi is the Kibera slum. The date stamp on two of the photos remind me of the time of year I was there. Travelling across Kenya and then into the South West of Uganda became a real expedition as I ended up spending two weeks just over the border from Rwanda at the time of the genocide in that country. 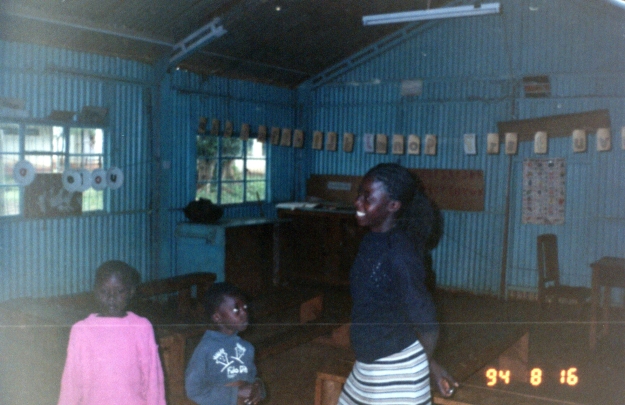 Trains left Nairobi Central Station in a generally south-westerly direction and the line meandered through the suburbs of the city. The adjacent picture shows the interior of a carriage on the train in 1994.

Trains first crossed the 9-hole Kenya Railway Golf Course! In 1921, the wife of the Kenya Railways manager, Mrs Couper, established a Golf Club for the Kenya Uganda Railways staff and in 1924 it opened its membership to non-railways staff. The course still revolves heavily around the railway line, which passes straight through the middle of the course. The only hole though where it comes into play is the 2nd, where your tee shot could cause some damage to a passing train if not connected well! [1] The footbridge over the railway can be seen on the right of the first photograph below. The third image below is taken from that footbridge

The line winds its way through the relatively affluent areas before reaching Kibera, 6.6 kilometres (4.1 miles) from the city centre. [2] Kibera is the largest slum in Nairobi, and the largest urban slum in Africa. [3][4][5] The 2009 Kenya Population and Housing Census reports Kibera’s population as 170,070, contrary to previous estimates of one or two million people. [6] Other sources suggest the total Kibera population may be 500,000 to well over 1,000,000 depending on which slums are included in defining Kibera. [7][8][9][10]

Most of Kibera slum residents live in extreme poverty, earning less than $1.00 per day. Unemployment rates are high. Persons living with HIV in the slum are many, as are AIDS cases. [11] Cases of assault and rape are common. There are few schools, and most people cannot afford education for their children. Clean water is scarce. Diseases caused by poor hygiene are prevalent. A great majority living in the slum lack access to basic services, including electricity, running water, and medical care.[12]

Significant slum clearance was underway when I was in Kibera in 1994 and the elements of the slum which were on the north side of the railway seem now to have been replaced by high-end apartments, but the slum still exists, as can be seen below.

After passing alongside/through Kibera, the railway meanders in a generally westward direction through the Nairobi suburbs, north of the Ngong Road Forest and north of the Racecourse and through Dagoretti Station. 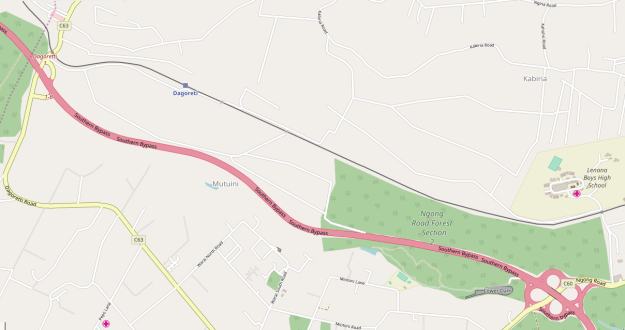 The railway travels North-northwest for a time and then switches back, crosses the Nairobi Southern By-Pass and enters Kikuyu Station.

Kikuyu Station is 20 kilometres or so from Nairobi, railway officers established a temporary base in Kikuyu while they supervised work on the laying of the track down at the rift valley escarpment. [13] 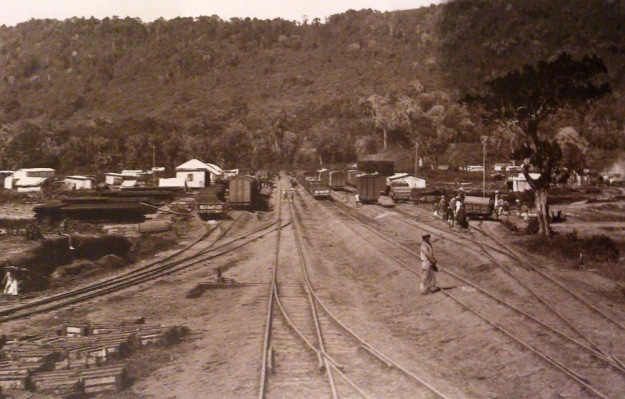 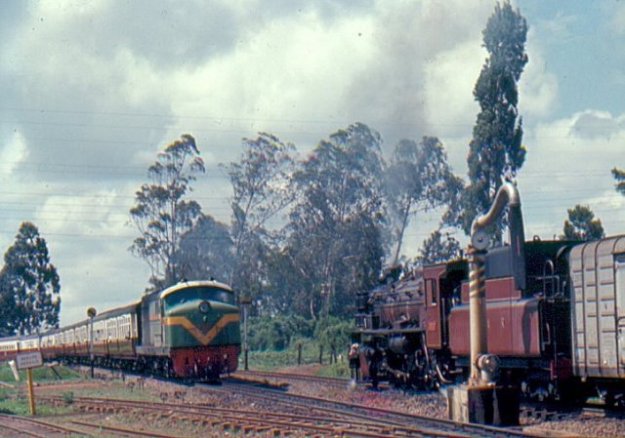 After Kikuyu, the railway travels almost due north to Muguga and then Limuru. On the way to Limuru, trains pass through a 1.7 kilometre long tunnel. 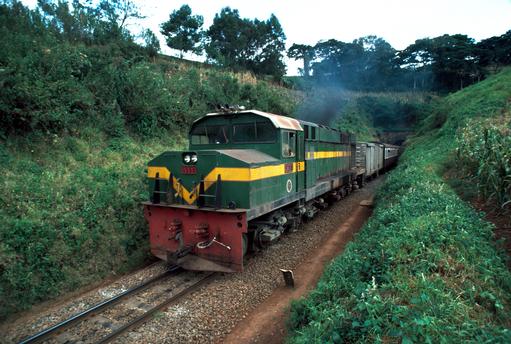 Limuru is  located on the eastern edge of the Great Rift Valley about 27 kilometres (17 mi), by road, northwest of Nairobi. Most of the area of Limuru is now what was previously known as the “white highlands”, a rich agricultural land just south of the equator. The term “white highlands” derived from the British and other Europeans who realised the productive potential of this area and settled in large numbers with the support of the colonial government, establishing coffee and tea plantations, cereal farms and ranches. The altitude of the town is about 2,500 metres. [15] 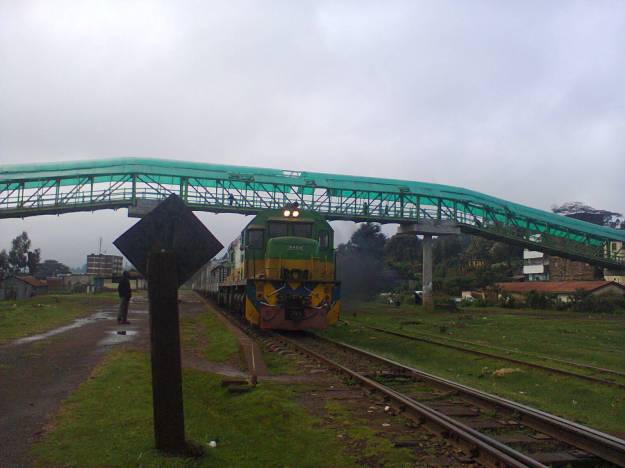 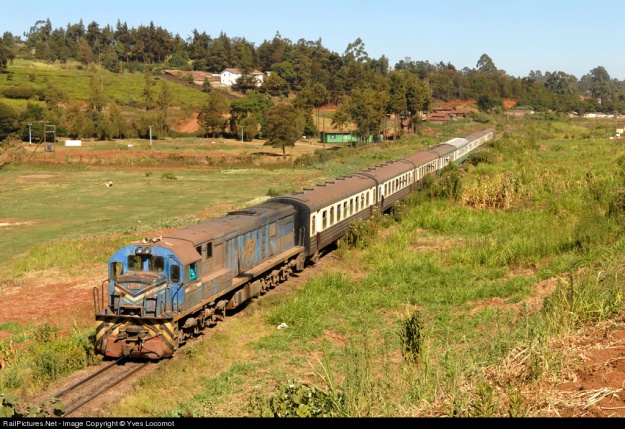 From Limuru, trains begin their decent into the Rift Valley, through Uplands (Lari),  Matathia,  Kijabe, Longonot, Suswa and Munyu stations before reach Naivasha in the valley floor. 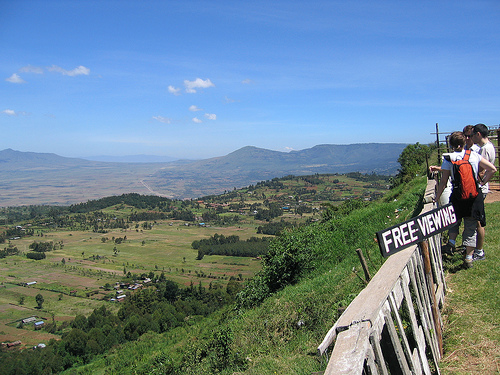 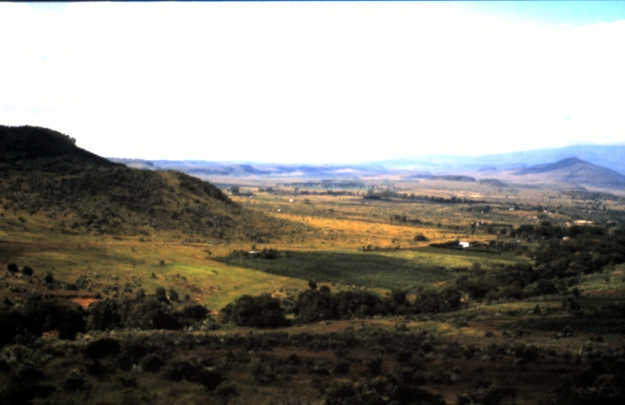 The two images immediately above were taken by me in 1994 looking down into the Rift Valley.

Royal train bearing TRH The Duke and Duchess of Gloucester approaching Matathia station in the Kenya Highlands, then to Uganda 1950. [17] 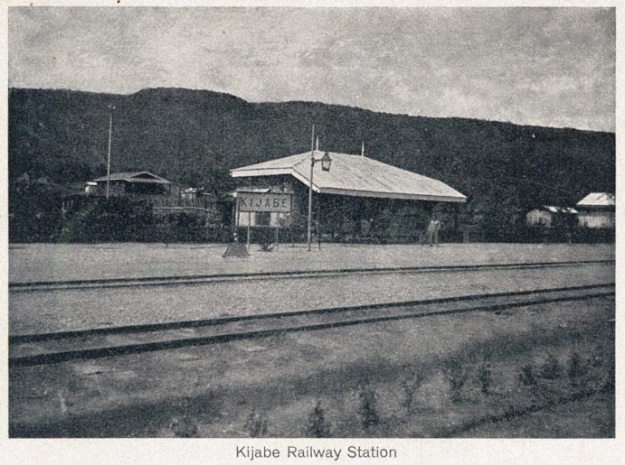 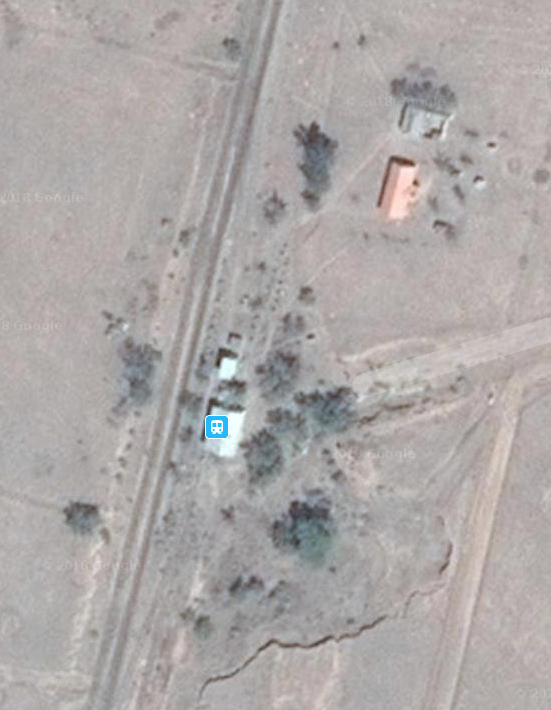 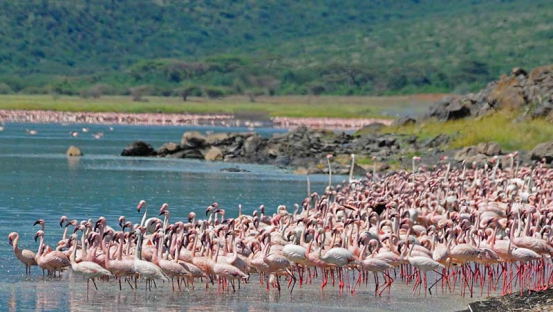 Postscript A – The Future ………. This length of the Uganda Railway coincides with the current programme of work on the SGR. A line from Nairobi to Naivasha should be completed in 2019. Major work is being undertaken as I write this blog in May 2018. A significant tunnel is being built as part of the work.[20] 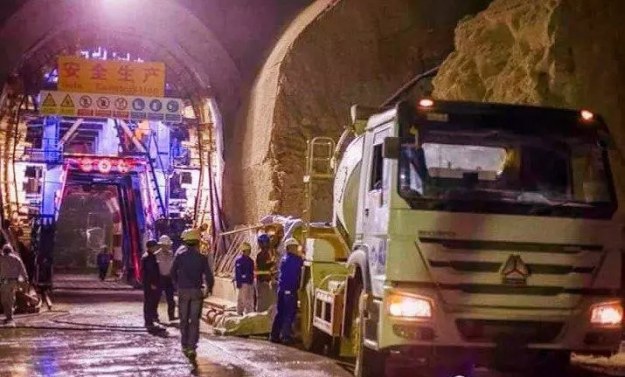 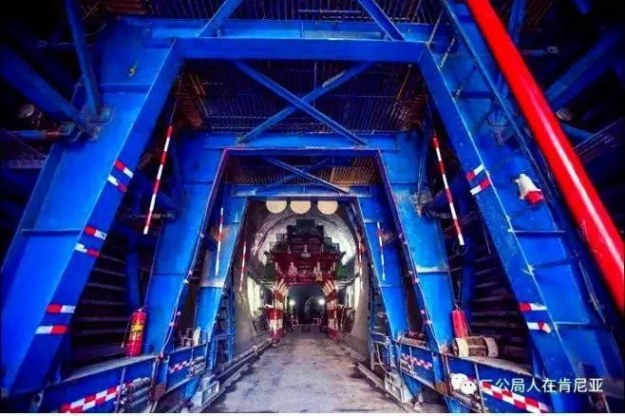 Construction of SGR phase II from Nairobi-Naivasha is on course as Kenyans already enjoy the stretch from Mombasa-Nairobi. The extension to the geothermal town on Naivasha was launched by Uhuru in 2015. The line is being undertaken by China Road and Bridge Corporation at a cost of KSh 105 billion.

SGR phase 2 was funded by the Export-Import Bank of China, earmarking a loan of a total of KSh 357 billion. The finance is meant to cater for the construction of the Railway up to Kisumu and rule out land hitches by reimbursing displaced persons.[20]

Postscript B – The Past ……….. In order to allow the original Uganda Railway construction to proceed at pace and incline was created. It was a primitive form of Funicular Railway, built on a steep and straight incline with trolleys on which locomotives and wagons could be lowered. It lasted in operation for only about 15 months before the main railway reached the valley floor and it became redundant.

While the incline was only in use for a few months during the construction of the railway, the main line passed through Escarpment Station until 1948 before being rerouted. [21] The line of the incline can be seen in the satellite image below running west from the Primary school across the centre of the image. and the remains of winding houses can be seen on the image and more clearly on Google Earth.