We start this part of our journey along the Chemin de Fer du Sud de la France Central Var Line by having a look round the immediate vicinity of the station and village of Sillans la Cascade. First we have pictures of the waterfall that gives the town its full name, then some postcards from the town itself. 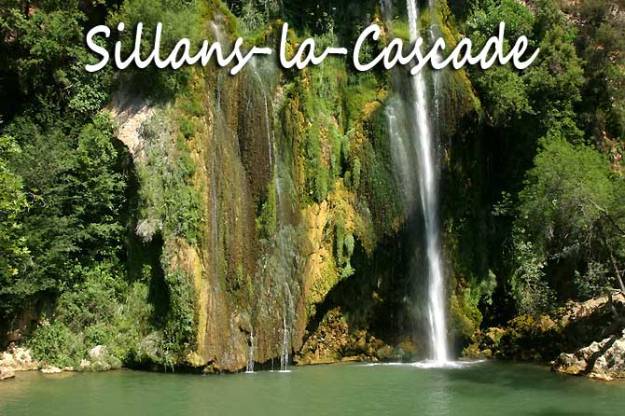 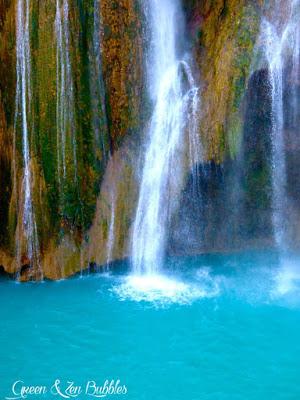 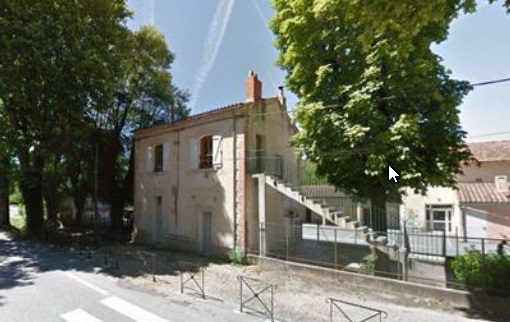 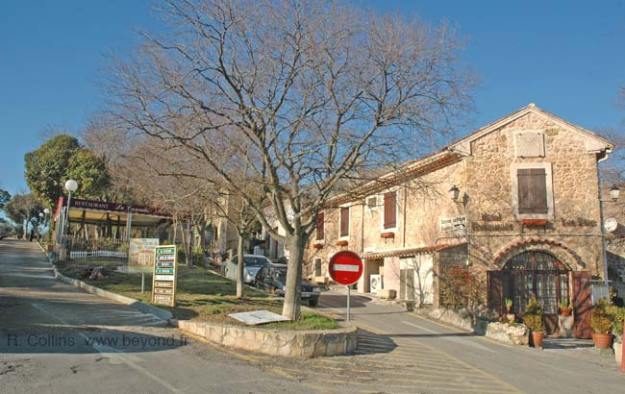 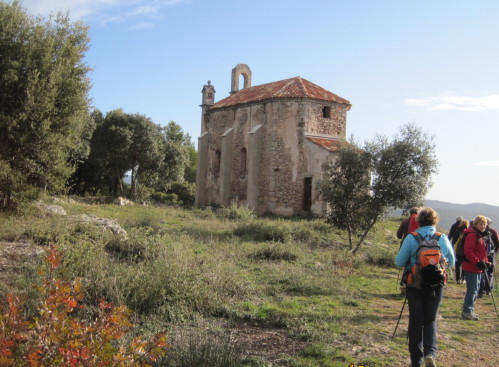 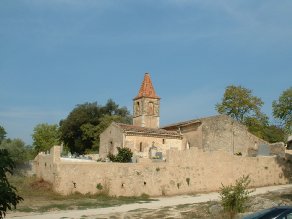 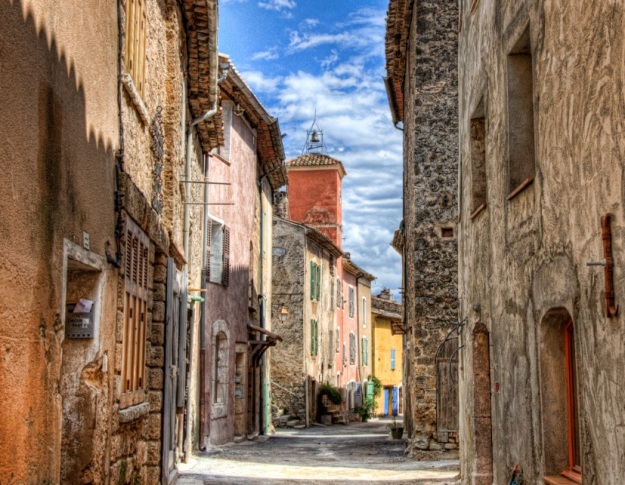 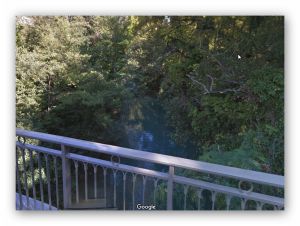 As we travel round the north side of the village we encounter the bridge over La Bresque. The river is now relatively small as can be seen in the adjacent picture. The bridge is at the point marked on the map above by a red ellipse. The route we are now following is today called Chemin de Provence and once clear of Sillans la Cascade it follows the D560 (Chemin de Fox Amphoux) closely on its north side until the road turns away westwards and the line loops round from a north-westerly direction to a more westerly direction itself . The road and the rail formation are back next to each other by the time we reach the Clinique Veterinaire de Sillans (3 Chemin du Plan, Route de Barjols, 83690 Sillans-la-Cascade, France) 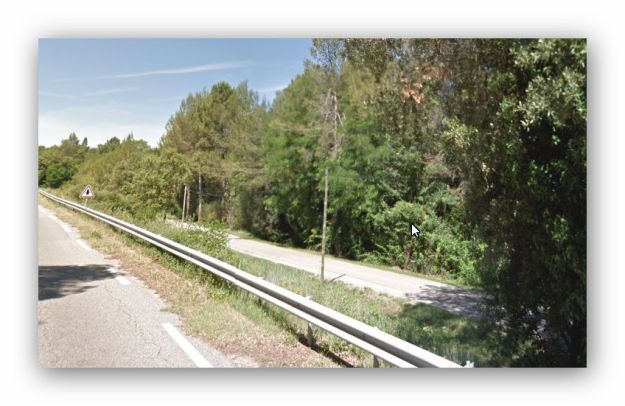 The road and the railway formation seem to come together entirely at a point just before the junction between the D560 and the D32, although the location of the abandoned crossing keeper’s cottage might suggest that the rail formation remained on the north side of the present D560.

For some distance this was the case. The road and the rial formation followed each other until the road swung away towards a junction with the D13 and the railway continued in a North-westerly direction to cross the D13 some metres north of the D560’s junction with it. The divergence is in the first picture (on the left) below the route of the line is shown beside the vineyard in the second picture (on the right). the two alignments did not meet again for at least half a kilometre close to Chateau La Calisse, (http://chateau-la-calisse.fr/). 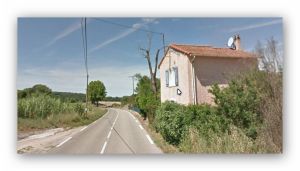 We found another crossing keeper’s cottage further along the route beyond the junction between the D560 and the D60. This must have been at a point where the road and the railway switched sides and the railway continued on the South-side of the road towards Barjols.

At the chevron sign on the adjacent photo, the road turns sharply to follow the north-side of a watercourse, the rail formation crosses the brook before turning parallel to the road and crossing a side road twice (D60) which loops into Ponteves and then out again to join the D560.

The railway continues along the South side if the stream for a few hundred metres before crossing it once again and then crossing the D560. Its line betrayed, once again by another crossing keeper’s cottage. Its crossing of the road was probably at roughly the pint where there are now metal garden gates. The road and the railway formation diverg as the road drops down into the town of Barjols and the rail route holds North of the town.

From this crossing point the railway approaches Barjols on a tight curve in a deep cutting., as the picture and map below illustrate.

The station site is further to the North-west and was reached by the line after it crossed the D554. 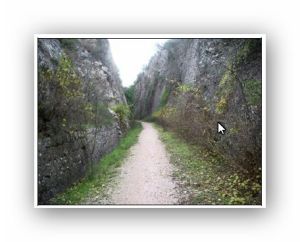 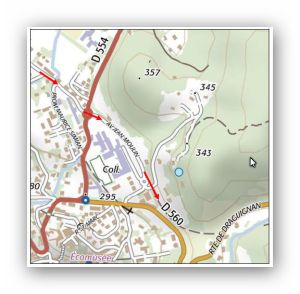 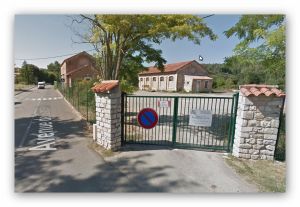 The station site was to the North side of what is now called Avenue de Garessio and is highlighted by the red ellipse. At the time these pictures were taken the whole site was for sale and many of the buildings were still visible.

Sadly the main passenger building seems to have been demolished prior to the taking of the pictures. 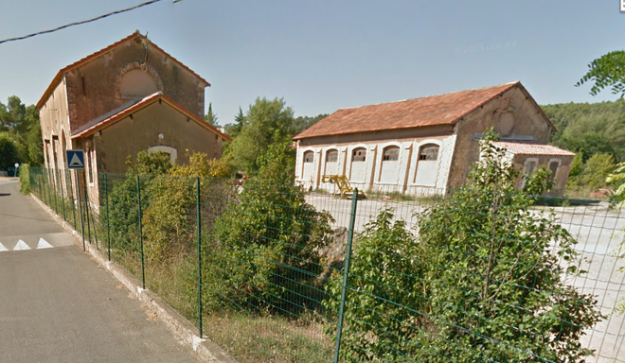 So we finish the next stage of our journey and look forward to exploring the small town of Barjols at the beginning of the next episode!