My wife and I travelled this line in 2004. The views were spectacular and the weather wasn’t bad at all! My camera, in those days, was not able to produce high resolution photos. But these give a very good impression of the line and the views from the top. The first image is a map of the line. Trains depart from Montreux station and climb steeply on a rack railway, first in tunnel, and then through the village of Gilon (300m above Montreux) which was historically the start of the steam railway when opened in 1892. The line is known as the MGN (Montreux, Gilon, Rochers-de-Naye) Railway.

242T66 on the Passions Metrique et Etroite Forum has pointed out to me that in 2004 I was fortunate to enjoy a ride on a steam driven service on the higher reaches of the line (pictures below). It was apparently only for a few summer seasons that the steam service was operated on this line between Caux and Rocher-de-Naye.

242T66 comments that the MGN line was electrified since 1938. It was the early 1990s when the former SLM company at Winterthur built a few modern oil fired steam locomotives for the Brienz Rothorn Bahn and for a couple of Austrian rack railways (Schneeberg and Schafberg Bahnen). At that time, they also built one for the MGN line.

This was H2/3 n° 1 Rochers-de-Naye which features below. A nostalgic steam train was in operation for just a few years before the steam loco was eventually sold to the Brienz Rothorn Bahn. 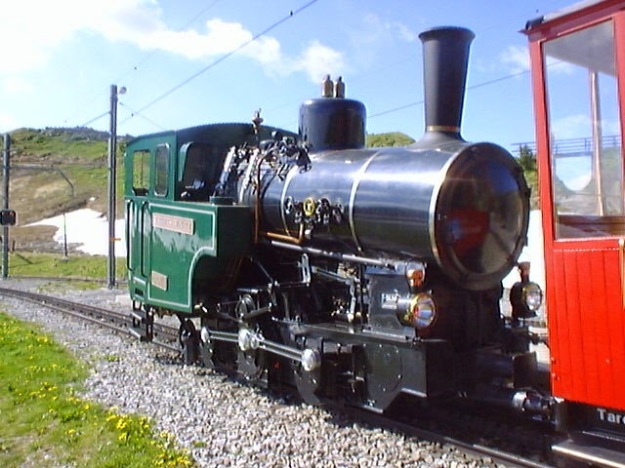 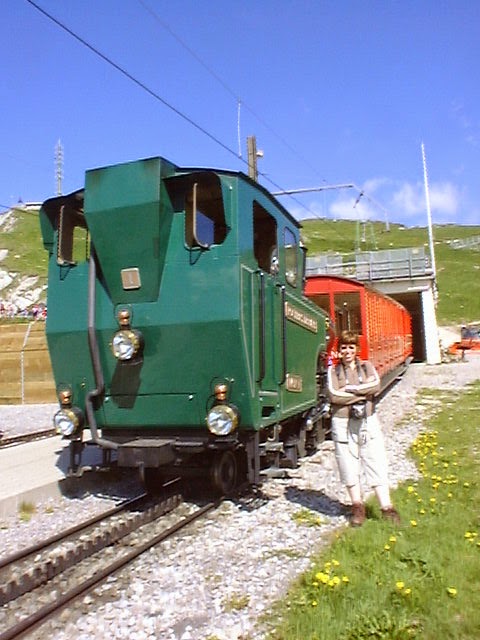 The next few images show the views from the top of the line.

And finally a few images at the bottom of the line, in Montreux 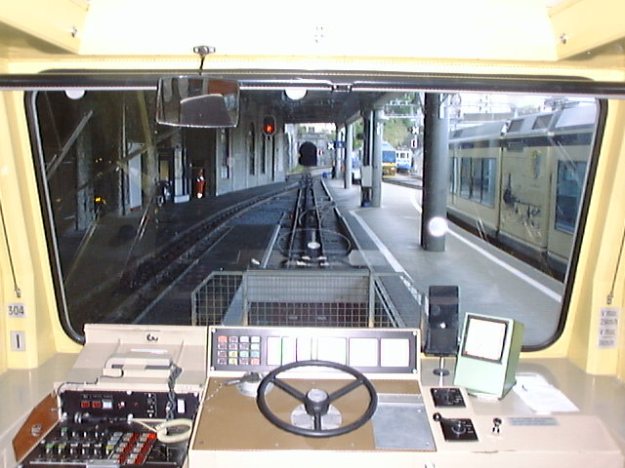 1 thought on “The Rochers-de-Naye Line”