We continue our journey from Claviers Station, West towards Draguignan, aware that ahead of us the line will take a significant detour to the north to enable it to follow the contours and avoid significant gradients! 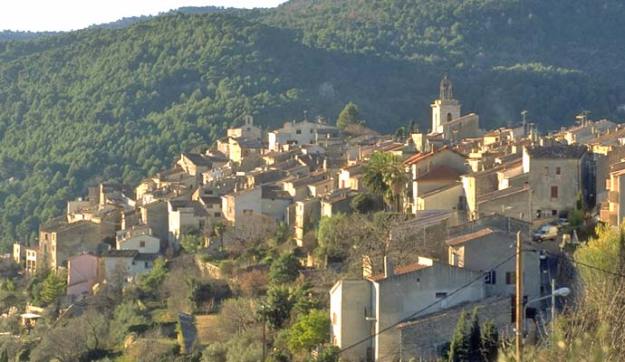 The old Station House at Claviers is no a private residence. It can be picked out on the top right of the photo above. A small area has been blown up to a larger scale to identify the building.

We set off from the station in a Northwesterly direction along La Font which becomes Chemin Francois Manzone. The tarmac ends and the old formation is used for an ongoing footpath/cycle route. 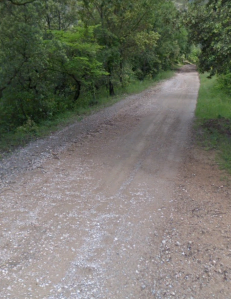 The line continues northwards towards Bargemon up the Western flank of Le Riou valley through Les Fournas and Roque Bouliere.

The line turns round the head of the valley towards Bargemon and then South once again. After the bridge in the photo below, the route follows Chemin de San Peyre. The station has been demolished. 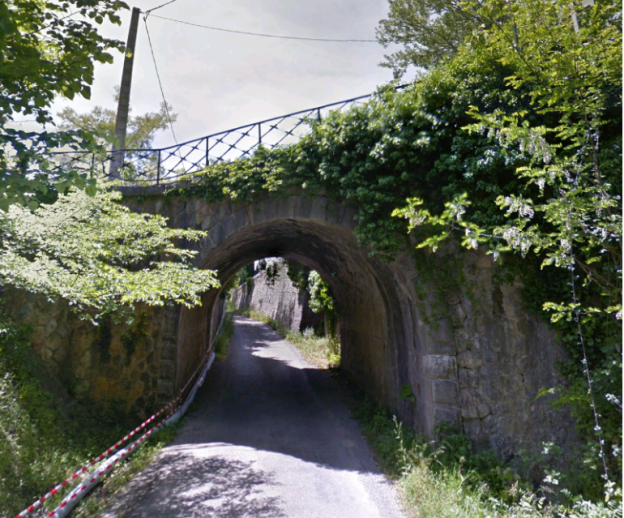 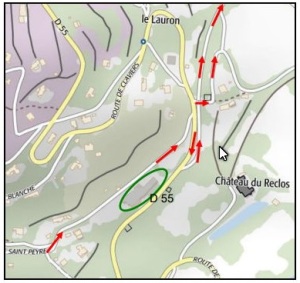 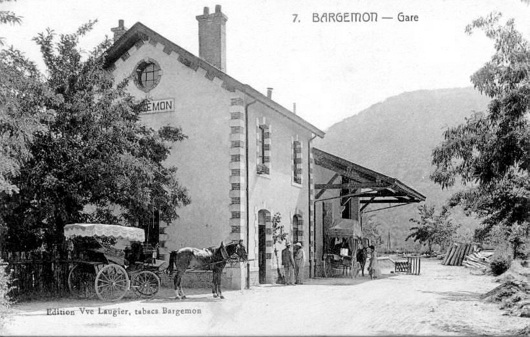 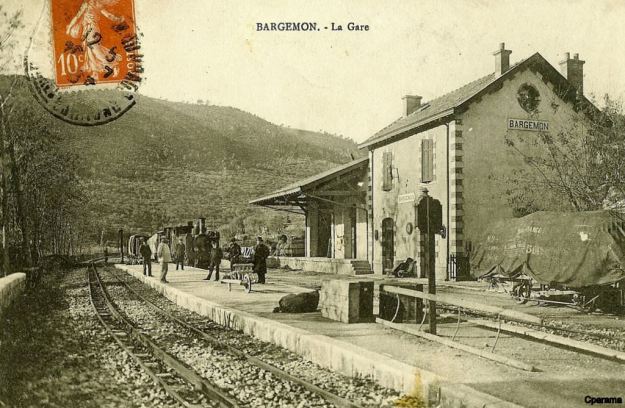 The Bargemon Station was at the location highlighted with a green ellipse on the adjacent plan. 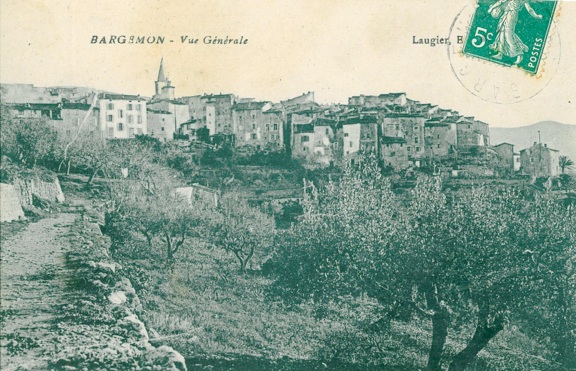 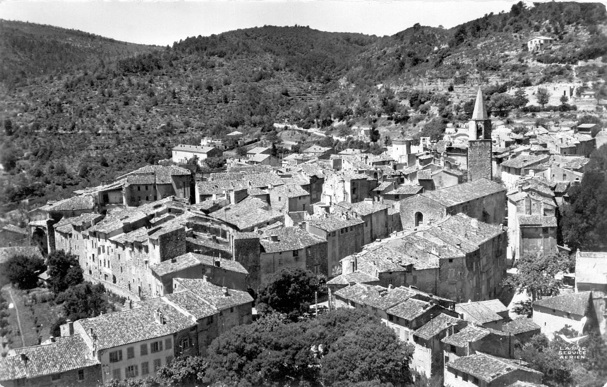 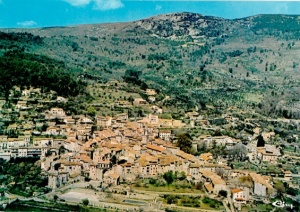 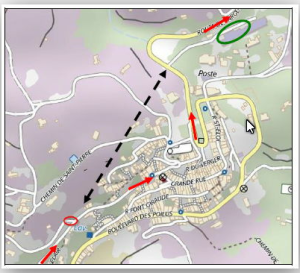 Callas Station has been demolished to make way for development. It location is indicated by the green ellipse. There is now a clinic on the site. The line immediately crosses the Bargemon Road and the enters Callas Tunnel, marked by the dotted black line and the arrowheads on the plan. 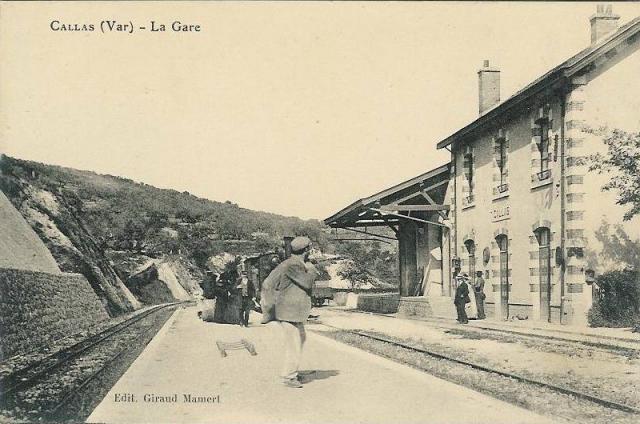 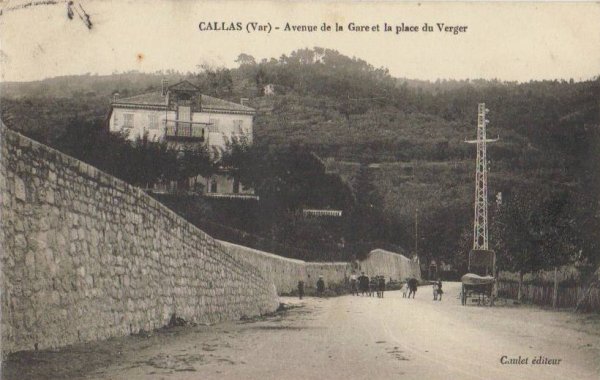 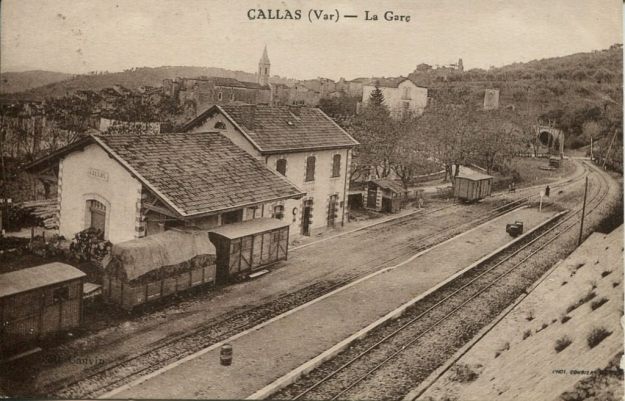 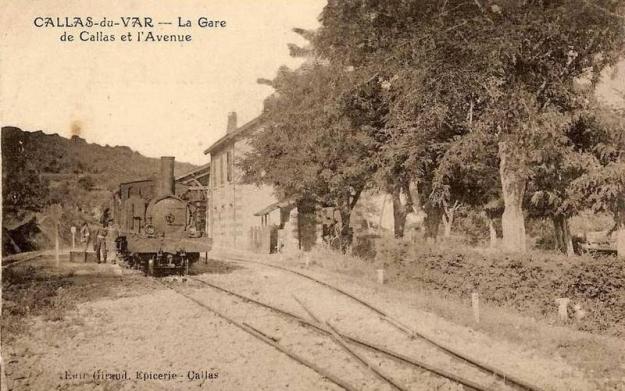 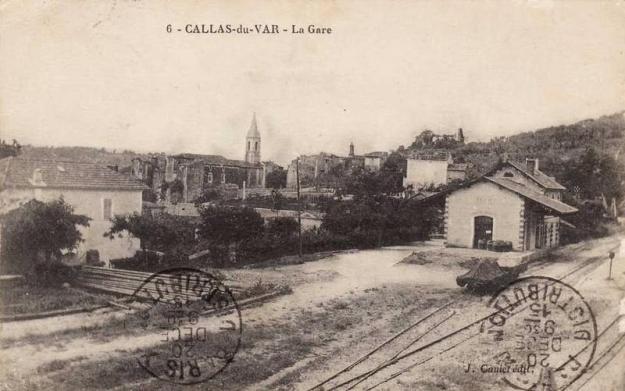 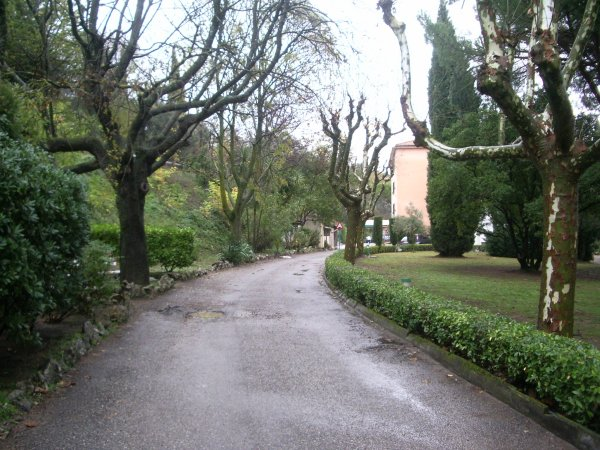 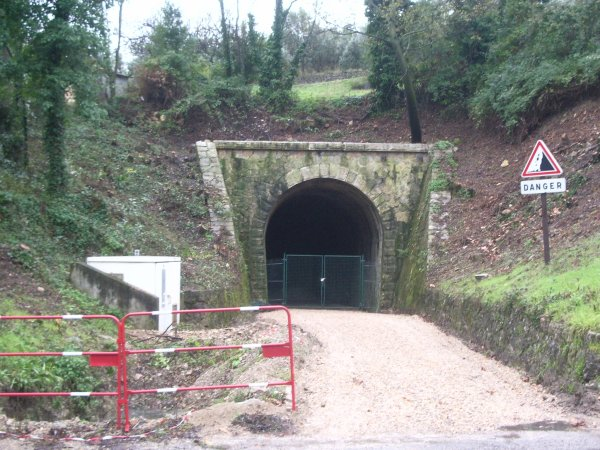 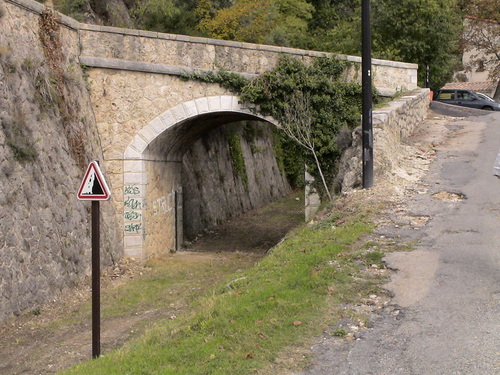 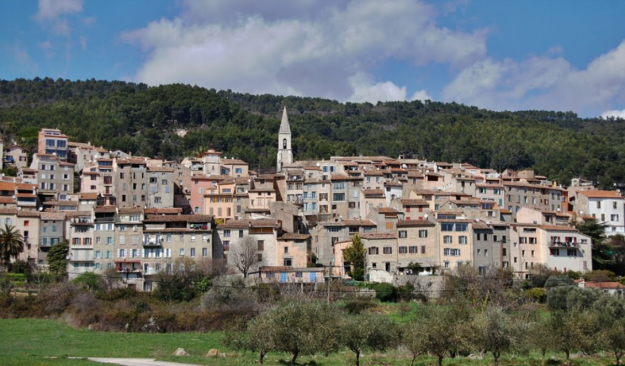 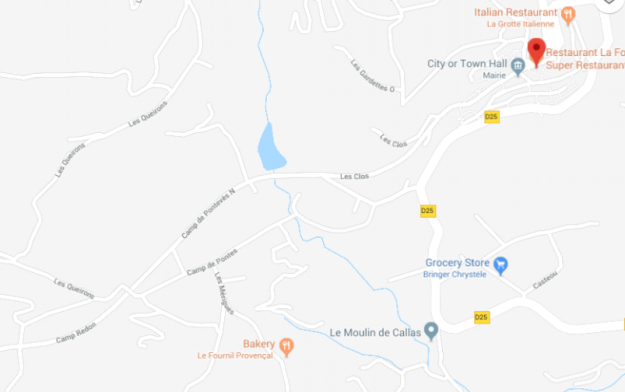 Leaving the village of Callas in the top right of the map above, the line followed the route of what is now Le Clos then Camp de Pontreves North and Camp Redon, going under another road bridge and then crossing another road at grade. The crossing keeper’s cottage remains. 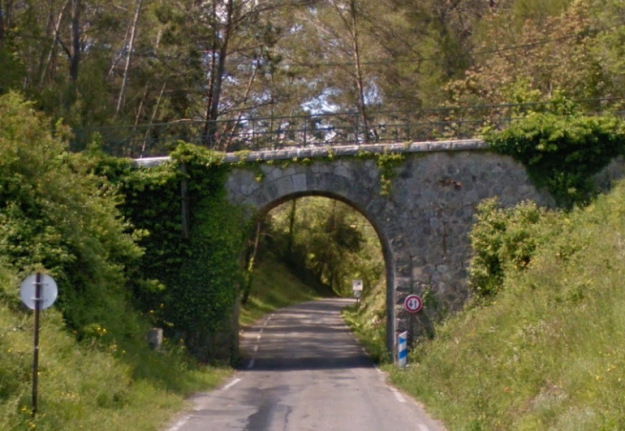 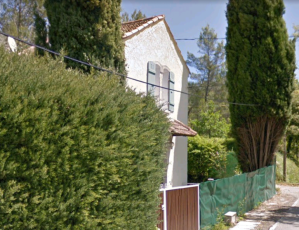 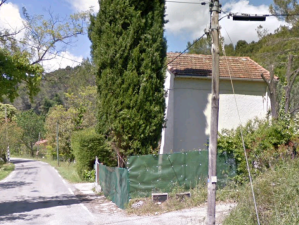 The line continues through a rural area of mixed woods and farmland with occasional steep sided valleys along Les Venes and l’Etang, before encountering the D54. 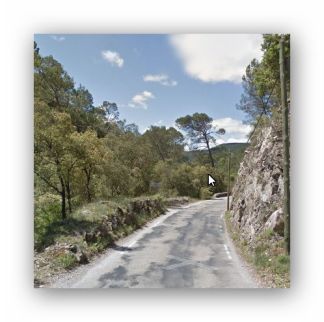 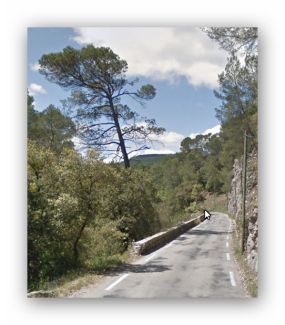 The route joins the D54 and heads South-Southeast through Figanieres Station where this part of our journey ends. 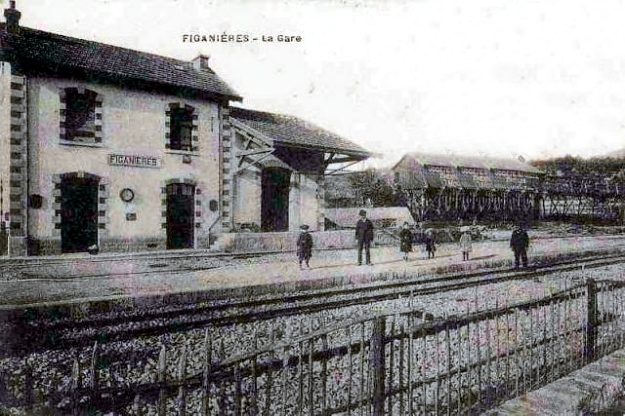 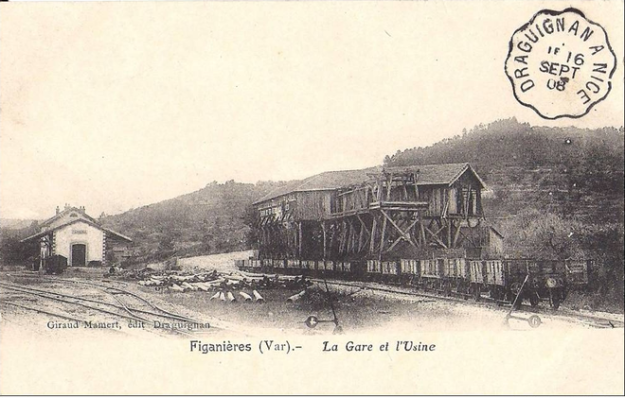