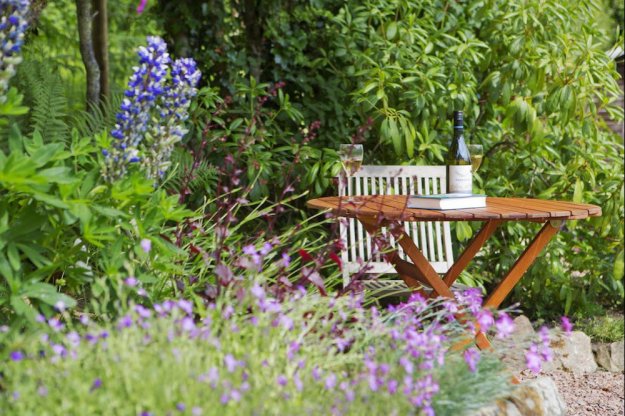 The present hamlet of Moseley Green to the East of Parkend in the Forest of Dean is the location of our holiday cottage in September 2017. Historically it was alongside the Severn and Wye Railway’s Mineral Loop line. Prior to that two collieries are shown as existing on the site … Independent and Branchers. However, much of this industry was small scale and transient and records suggest a whole variety of different mines in the area. 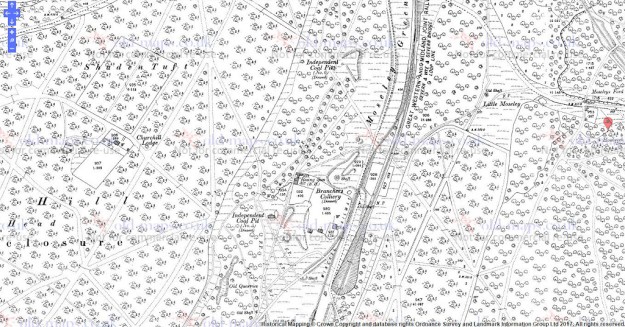 The map above is an extract from the 1901 Ordnance Survey Map and shows evidence of the Independent and Branchers collieries. The Rising Sun Pub is prominent on this map and had been in existence on the site since the 18th Century. 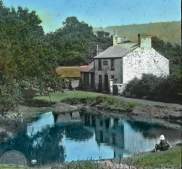 Of these three images, one is from around the turn of the century and was taken by the Rev. A J Lumbert. It is a glass plate that has been hand-coloured. The location of the pub was close to two pits and the railway line and miners of the Forest have drunk here over many years. In 2017, the pub buildings have been enlarged. As the other pictures illustrate.

The food offered is excellent!

Moseley Green has always been a small hamlet. There isn’t a great deal of information about its history. The following notes can be found at http://www.forestofdeanhistory.org.uk ….. 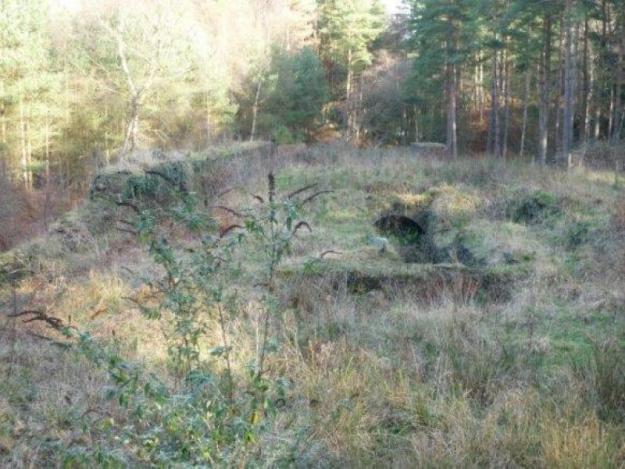 “Moseley Green New Engine gales were granted in 1842-3, and there was a Brick Pit on Newmanshropshire gale by 1855. The early history of the colliery is uncertain, but it was connected to both the Birches and Kidnalls Mills branches of the Severn and Wye tramroad, and later (after 1874) to the S&WR’s mineral loop. The period 1860 to 1895 was a chequered one, and by 1883 the colliery was idle. In 1895, when it was purchased by Messrs Johnson and Shepherd, it had two shafts (540 and 516 ft in depth, through seams in the Supra-Pennane after 1905. After several changes of ownership, the gales were transferred in 1915 to the Parkend Deep Navigation Collieries Co. Ltd, owners of the nearby New Fancy Colliery, who installed a new electric winding engine.”

A survey undertaken from Parkend up the road past the school to Moseley Green in April 1834 noted that Moseley Green was… “full of pits part of which are now working but the greater part are abandoned and filled up.” (3) The area is covered with bell pits and the note might indicate that some were still at work at that time.

Reference is made elsewhere to Morgan’s Folly … a series of pits in the area of Moseley Green. Some relevant notes are in Appendix 1

The closure of some of the collieries at Moseley Green in the early 1870s is inferred by the visible reuse of some of the spoil heaps as embankments for the Severn and Wye Mineral Loop Railway which was constructed between 1870 and 187 (4:p106).

A reference is made to a Pluckpenny Rockey Colliery in a 1896 survey. At the time of that survey work had apparently ceased (5). The owner was W.H. Jones, Stag Inn, Yorkley.

There were a number of short lived attempts to establish nonconformist worship in Moseley Green. The Congregationalists were, in 1860, holding services at Berry Hill and Coalway Lane End and in 1865 they had a small congregation at Moseley Green. That congregation, worshipping in a room at an abandoned colliery, included Mary Young, keeper of the Yorkley turnpike gate, with whose assistance Samuel Ford of Blakeney built a chapel at Moseley Green. The chapel, opened in 1866, was called Bethlehem and was sold to the Primitive Methodists in 1894.
Primitive Methodist services held at Moseley Green from 1859 were discontinued in 1864 for want of a congregation. They were resumed in 1867 and a chapel called Providence, standing north-east of the Barracks, was registered in 1879. In 1894 the meeting moved to the Independent chapel some way south but in 1898 it returned to its former home. The return led to a drop in support and in 1907 a new chapel was built on the Blakeney-Parkend road to the south. That chapel, which was abandoned in the mid 1950s, fell into ruin but in the late 1980s it was rebuilt as part of a new house. 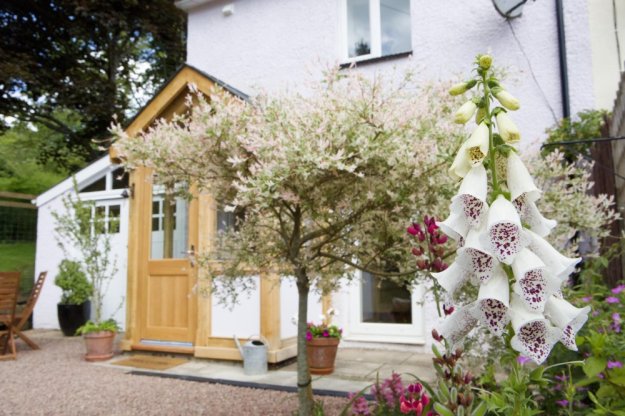 In 2017, we stayed in Rosebank Cottage in Moseley Green. The cottage was one half of what was built as the Methodist Chapel in 1859 but closed in 1864. In 1960 the chapel was finally converted into two cottages losing most of its ‘chapel’ features. The 1881 Ordnance Survey clearly shows Rosebank Cottage cand its neighbour as Bethlehem Chapel. 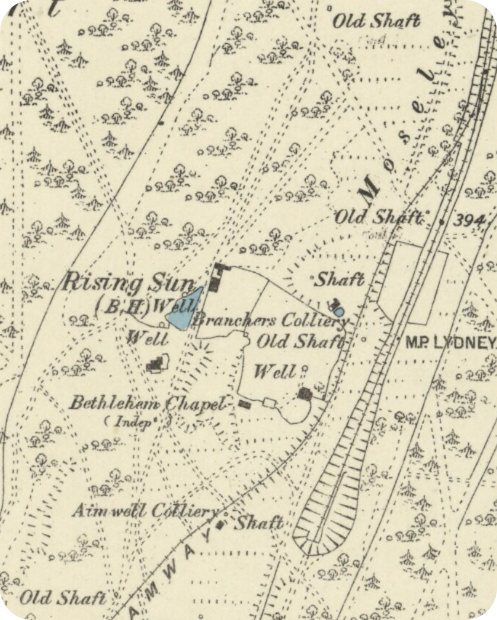 Moseley Green sits alongside the Severn and Wye Joint Railway’s Mineral Loop which closed in the 1950s. It is just north of the north portal of the 503yd Moseley Green Tunnel. The tunnel must have been a nightmare for engine drivers. The rising grade of 1in 40 would have placed significant demands on the Pannier 0-6-0s in use in the forest, particularly when pulling a full load of coal wagons. 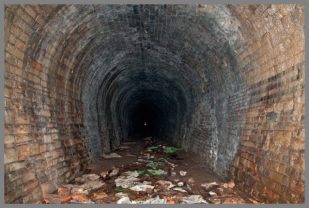 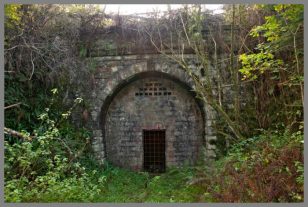