After a long day yesterday, today has been a relaxing day at White Crest Guesthouse. One of the reasons the day was so long yesterday was the unbelievable amount of time spent in Kampala traffic getting from one venue to another. We must have been in cars for close to 3 hours all told.

The Entebbe Road is notoriously bad with stationary traffic nose to tail for much of the day. The City Centre is also gridlocked most of the time. 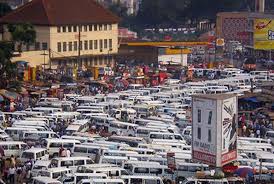 There is a grand plan and plenty of images on the internet of what might get built to alleviate the problem.

In a bid to reduce traffic jam in the city, Kampala Capital City Authority (KCCA) has unveiled a new development plan to construct over ten major roads, beginning this year.

The Kampala Physical Development Plan (PDP), which covers the city’s development between 2012 and 2040, also proposes the creation of road tolls.

The $39b road network programme will commence this year, according to PDP. Over the longer term (2023-2040), further investment of $124b will be required for infrastructure and employment opportunities

KCCA also proposes that a road network should be constructed from Luzira to Nakisunga, through Lake Victoria.

Speaking to New Vision recently, KCCA’s director for physical planning, Joseph Semambo, explains that the radial roads will be created from the city centre, moving outwards, then connected to northern and southern bypass.

“We shall construct the southern ring, which will be connected to Nakisunga in Mukono district. If one wants to go to areas near the city, one will not need to first connect to the city centre. The cardinal principle is to fight traffic jam,” Semambo explains.

He says the express way will connect east to the west of the city. He adds that it will run parallel to the railway reserves.

Semambo reveals that KCCA has already acquired permission from the Uganda Railways Corporation to use the land bordering the railway line in the city.

“We shall evict those occupying railway reserves. The reserve space is about 60-70 metres wide,” he says.

Asked whether people occupying areas designed for construction of major roads will be evicted, Semambo says the authority agreed to build the roads on top of wetlands to minimise demolishing buildings.

If no new roads are constructed within few years, experts say it will cause major gridlock due to increasing population and a high standard of living.

“Even with large investments in the road network, the city will still experience congestion and slow speeds during peak hours,” the plan reads.

Therefore, to obtain a sustainable transport system in the long run, consultants recommend that the authority should develop an attractive Mass Rapid Transit (MRT) in the transport sector. This means that for the first stage, MRT will be based on buses.

Experts want to coordinate and integrate the taxi service with bus operations. The taxi routes should feed and complement bus transit routes, but not compete with them.

They say a new ticketing system should be introduced, to allow more ticket options, including the ability to have a seasonal tickets.

A recent House Hold Survey conducted in 2011 revealed that almost 60% of all activities made by people with low income in GKMA are done through walking.

The survey said the main reason for not using public transport is the high cost because travellers pay for every trip they make. 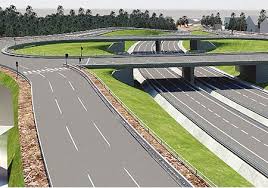