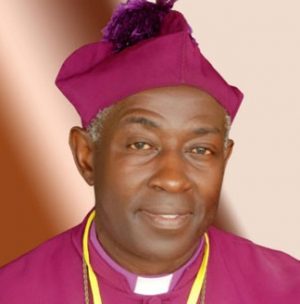 With the retirement of Archbishop Stanley Ntagali on 1st March 2020, the Bishops of Uganda have elected his successor, The Rt. Rev. Dr. Stephen Samuel Kaziimba. The election took place on 28th August 2019. We look forward to seeing  the direction that the Archbishop-elect will lead his Province in coming years.

Bishop Edison Irigei, Dean of the Church of Uganda, said, “We thank God for His clear voice and direction among us for who shall be our next leader. We also ask all Christians to pray for this season of transition, especially for the Archbishop and Archbishop-elect who are bidding farewell in their dioceses, and for the Archbishop-elect to be prepared to receive the mantle of spiritual authority as Archbishop.” [1]

The Rt. Rev. Dr. Stephen Samuel Kaziimba has served as the Bishop of Mityana Diocese for almost eleven years. “In addition to his responsibilities as a diocesan Bishop, Bishop Kaziimba also currently serves as the Chairman of the Provincial Board of Household and Community Transformation, as well as the Chair of the Board of Trustees for Ndejje University, Chair of the Committee for HIV and Public Health for the Inter-religious Council of Uganda, and Chair of Words of Hope Uganda Radio Ministry.” [1]

Perhaps his most famous predecessor, the 3rd Archbishop Janani Luwum (1974 – 1977), served as Archbishop during the political tenure of Idi Amin. He was martyred in 1977 for standing up against the misrule of Uganda by Idi Amin.

In 1977, Archbishop Luwum delivered a note of protest to dictator Idi Amin against the policies of arbitrary killings and unexplained disappearances. Shortly afterwards the archbishop and other leading churchmen were accused of treason.

On 16 February 1977, Luwum was arrested together with two cabinet ministers. The same day Idi Amin convened a rally in Kampala with the three accused present. A few other “suspects” were paraded forth to read out “confessions” implicating the three men. The archbishop was accused of being an agent of the exiled former president Milton Obote, and for planning to stage a coup. The next day, Radio Uganda announced that the three had been killed when the car transporting them to an interrogation centre had collided with another vehicle. The accident, Radio Uganda reported, had occurred when the victims had tried to overpower the driver in an attempt to escape. [2] However, when Luwum’s body was released to his relatives, it was riddled with bullets. Henry Kyemba, minister of health in Amin’s government, later wrote in his book A State of Blood, that “The bodies were bullet-riddled. The archbishop had been shot through the mouth and at least three bullets in the chest. The ministers had been shot in a similar way but one only in the chest and not through the mouth. Oryema had a bullet wound through the leg.” [3]

According to the later testimony of witnesses, the victims had been taken to an army barracks, where they were bullied, beaten and finally shot. Time magazine said, “Some reports even had it that Amin himself had pulled the trigger, but Amin angrily denied the charge, and there were no first-hand witnesses.” [4] According to Vice President of Uganda Mustafa Adrisi [5] and a Human rights commission, Amin’s right-hand man Isaac Maliyamungu carried out the murder of Luwum and his colleagues. [6]

Janani Luwum is recognised as a martyr by the Church of England and the Anglican Communion and his death is commemorated on 17 February as a Lesser Festival. His statue is among the Twentieth Century Martyrs on the front of Westminster Abbey in London. [7]