The first two railways to enter King’s Lynn were the lines constructed by:

These two companies merged to form the East Anglian Railway on 22 July 1847. [2] Wikipedia claims, contrary to Fell, that the spur connecting to the harbour was not opened until 1849. At one point that harbour spur was a complicated network of lines, boasting two swing bridges, serving premises on and around the town’s South Quay. [2]

Expansion followed with the opening of several branches. A line running north to the seaside resort of Hunstanton was opened in 1862. [2][4][5] A journey along the line was celebrated by former Poet Laureate John Betjeman in a short BBC film. [6]

King’s Lynn to Fakenham:  The Lynn & Fakenham Railway was received Royal Assent in July 1876, it opened to traffic between Gaywood Junction and Massingham on 16 August 1879 and between Massingham and Fakenham in August 1880. It was an early constituent of what became the Midland and Great Northern Joint Railway.

By the early 1890s further amalgamations and renaming were considered and Royal Assent given to the Midland and Great Northern Railway Companies (Eastern and Midlands Railway) Act 1893 authorising the Eastern & Midlands Railway to be vested in the Joint Committee of the Midland & Eastern and Norwich & Spalding companies on and from 1 July 1893 and for the combined organisation to be incorporated under the title of the “Midland and Great Northern Railways Joint Committee”. [12]

The line from Gaywood Junction east towards Fakenham was abandoned on the opening of the station at South Lynn. The “Lynn Avoiding” line (South Lynn to Bawsey) was the last link in the chain which brought the eastern lines, which had reached Norwich in 1882, and Cromer in 1887, in direct contact with the lines west of Lynn. The Lynn Avoiding Line opened in January 1886. The South Lynn Station opened for goods traffic in November 1885 and for passenger traffic on 1st January 1886. [12] South Lynn closed to all traffic on 28th February 1959. [2]

The line was single track and originally used the southern half of the second Cross Keys Bridge to cross the River Nene, following the embankment to the east of the bridge and continuing on to King’s Lynn. The construction of the third Cross Keys Bridge in 1897 required slight alterations to the course of the route immediately out of Sutton Bridge. This part of the route was closed to all traffic in 1959, and the track was soon dismantled, allowing the widening of the adjacent A17 road in its place. [7][8][9] The changes in the route can be picked out on historic OS Maps (1884-1888. 6 Inch Ordnance Survey County Series Map – First Edition. TF 42 SE and 1902-06. 25 Inch Ordnance Survey County Series Map – Second Edition. TF 42 SE). 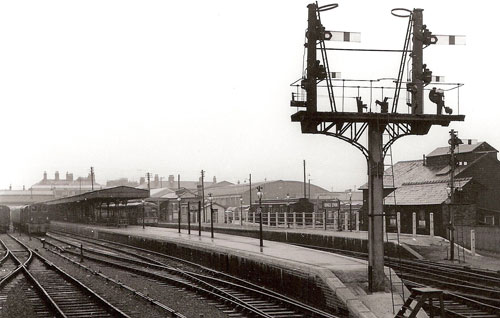 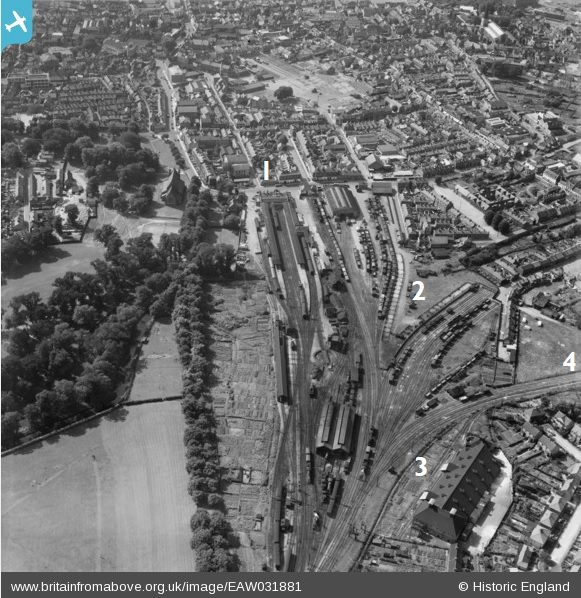 King’s Lynn’s Midland and Great Northern Joint Railway connection was served by the station at South Lynn. A connecting shuttle service ran from King’s Lynn to South Lynn as often as twenty times a day. [2][11: slide 106] 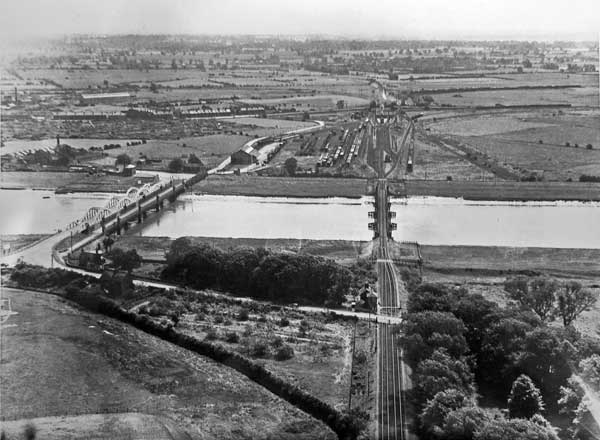 There is excellent material on the history of the railways in King’s Lynn on the “King’s Lynn Forums” (KLF) on a thread entitled “South Lynn and King’s Lynn Railway Stations – M&GN.” [13][15]